I think we should be able to write in-game notes about every star system you visit, noting down important details such as the presence of supply stations or derelict ships.

People seldom ever return to solar systems they have already visited out of choice. In this game you should really be constantly moving forward. 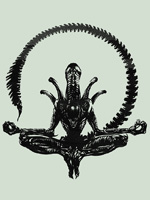 On the contrary, going back to a system with a space station or a ship makes things much easier. The ship allows for storing materials and adds buffer space for constructing wormhole and death seed techs end game. By the end of the game my ship is packed to the gills with techs so constructing a tech that requires 4 materials plus 1 empty slot can be challenging.

Also, sometimes I'll find an alien race that wants an item I don't have on board. Rather than wasting something I know they don't want, it would be nice to make note and try again later for an extra omega.

It's also great to explore an area of space and then on the way out refill your O2 or fuel at a space station.

Sometimes I'll visit a station but only probe 1 out of the 3 gas giants because I'm full on fuel. Remember that the universe in this game can't be fully explored just by going in a straight line.

The biggest thing I like to do though is store all my omegas in an abandoned ship right before I feel the enemy is about to attack me.